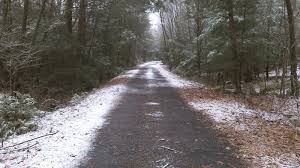 The other day, as I was walking along the trail behind my house, I thought of the many people who have said to me, “You are always so positive.” Or, “I need Mary time.” I thought of this as my feet and knees were struggling more than usual as I set my pace. I knew that eventually my body would find its groove and I’d complete a good long walk because I had dealt with this initial struggle many times, having been diagnosed with Rheumatoid Arthritis in my 20s. I’d been hopeful then that my body could endure, adapt, keep me moving. That hope was my fuel, and now, 30 years later, I know that it took hold for the long haul.

As I walked and thought of those people who are affected by my hope, the phrase “hope is contagious” found its way into my pace.

I thought of places I had recently heard the word hope. Just the night before, Golden Globe winner, Emma Stone, had said, “ Hope and creativity are two of the most important things in the world.” Immediately, I thought of the veterans who had shown up at our SongwritingWith:Soldiers retreats… and by retreat’s end had specifically mentioned hope.

Jaime Santiago, an Iraq war veteran, was one of the first to attend a retreat. He was reluctant to attend, even asking, “Is it OK if I go but don’t talk about anything that happened?” He gradually relaxed through conversations with Radney Foster and together they wrote a song called Perdi. When asked what strength he thought his song represented, he said softly, “Hope.” When you listen to Perdi, you hear a man listing the many things he missed or lost while deployed — children’s birthdays, friends in battle, time. It’s a love song, an apology, a plea for understanding and comfort. Jaime has since returned to every retreat we’ve held near Fort Hood, offering support for other veterans, and eventually writing another song, feeding his hope through creativity.

Joshua Geartz was a Military Police Officer who, like Jaime, experienced unthinkable horrors in Iraq. He was severely injured, and after several years home he felt lost, numb, and was ready to commit suicide. “When I sat down to write a song with Mary Gauthier,” he said, “I told her things I had never told anyone…and as I heard the song emerging, that’s when that little flicker of hope began…”

Just yesterday, I received a message from Josh. It’s been a year and a half since he wrote his song. He has since been writing poetry, organizing fundraisers, and worked as Peer Support at a recent SW:S retreat in Upstate NY, accompanying his wife, also a veteran. His message said, “…I had another doctor visit. They did an ultrasound of the veins in my legs. It showed that everything as far as blood flow is back to normal! Supposedly this condition isn’t treatable and only gets worse. I guess that rule doesn’t apply to me! More HOPE!”

He went on to tell me about posting a poem he had written to his Facebook page and included comments he had received, many saying how helpful his poem was to them. Thanking him for sharing his experiences.

Jaime and Josh, who attended different retreats in different parts of the country, eventually met via email as Josh helped connect Jaime to a service dog resource.

My own hope is continually fed by what I see happening all around me.

One step at a time. Whether difficult or not, here’s to keeping hope alive. It’s reach is far longer and deeper than we know.